It is no secret that South African rappers Cassper Nyovest and AKA don’t see eye to eye, and this has been the case for a couple of years. Recently, AKA took to twitter to speak of a boxing match that has been arranged for both artists, and all they both have to do is sign some papers that have been put in place. Speaking on this “boxing match,” Cassper Nyovest shared his thoughts on it during a ‘Quarantine Interview’ with Slikour on our IG Live.

Shortly after releasing his second single for the year, after the February released track, “Good For That,” Cassper Nyovest continues with his “comeback” as he unleashed the Tweezy featured “Amadimoni.” Slikour finds out what it the rapper actually means whenever he says he’s coming back to hip hop, as well as where is normally is when he is away from hip hop. On this insightful conversation, Cassper reveals that he is in a relationship, but does his best to protect this relationship from the world due to some lessons that he’s learned in the past. Press play to watch the new interview with Cassper Nyovest. 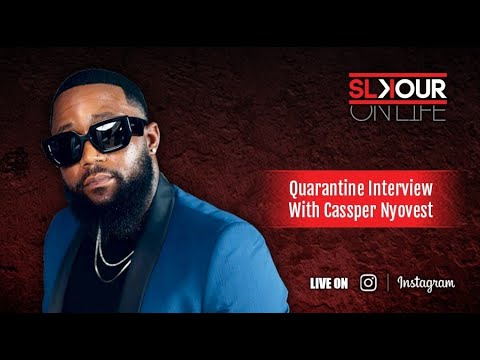