Roxy catches up with the local rock stars that make up Van Coke Kartel and joins them at the Park Acoustics event to see just how much their fans love them.

Francois van Coke is in two of South Africa’s most influential rock bands from the last decade. Roxy meets him and his band mate Wynand Myburgh at Francois’ home in the Northern Suburbs of Cape Town, where their journey began. Francois gives us a sneak peek at his impressive vinyl collection before inviting us to see the band perform in Pretoria. Before Roxy jets off, she meets the rest of the band, drummer Dylan Hunt and guitarist Jedd Kossew at the putt-putt course for nine holes and a round of tips on how to rock out like you’re in Belville Rock City. Roxy then heads to Park Acoustics where she gets to see the band in action.

Download Video/MP3 Welcome to the debut Album of Nomcebo Zikode, better known as the …
2,245,476 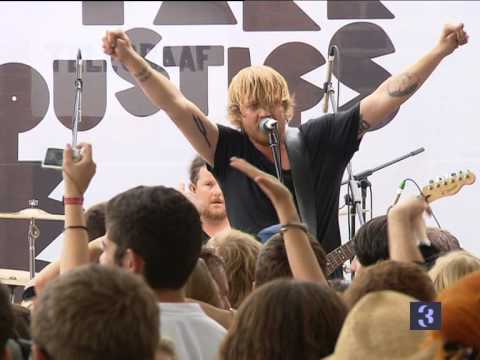